Posted on August 7, 2012 by theLABkitchen

I’m really fussy about seafood. The long and the short of it is I don’t like it. But somewhere in the middle I like calamari and sashimi. Seriously, I love raw salmon, but as soon as you cook it, you’ve lost me.

I’m hoping that living in Portugal will change my mind about fish because it is a good source of protein and omega 3, but for now I’ll stick to sashimi and calamari.

So I don’t eat a lot of seafood and I know it is also a really good source of B12, so here is my version of calamari. This is a party on your taste buds! Taking some citrusy spices from the East and the Middle East brings a new twist on the classic lemon pepper calamari.

We tried the sumac and Szechuan pepper combo and the spices by themselves. We both liked the combo best, my second favourite was sumac by itself and K’s was Szechuan.

Rinse your calamari tubes, then pat dry with paper towel. Cut them into four to six pieces and then slices a criss-cross pattern into the calamari flesh (the side that was the inside of the tube). 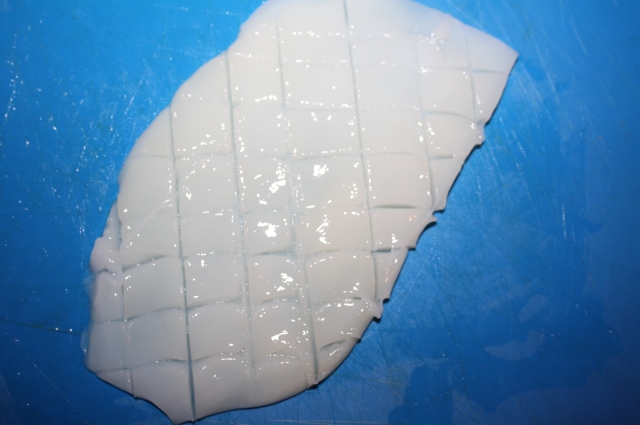 Flavour testing: Szechuan left, Sumac right and the combo at the back

Mix your flour, salt and spices. Then coat each piece of calamari lightly in the spiced flour.

My first time frying and I only got splattered by hot oil once, but it was in my eye, ow! 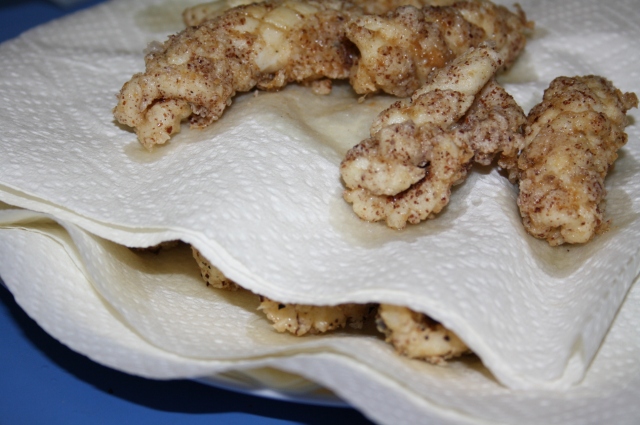 This was sooooo good! We ate nearly 2 serves each, I justify it as getting my B12!

Serve with salad and a lemon mayonnaise dipping sauce.